Progress Report by the Committee on Climate Change

The UK has set a target of net zero carbon by 2050, but the government’s own independent advisory body is warning that it is falling seriously behind.

The Committee on Climate Change’s damning 2019 Process Report is clear that the UK government is falling worryingly short of its commitments and promises on CO2 reduction. See below: 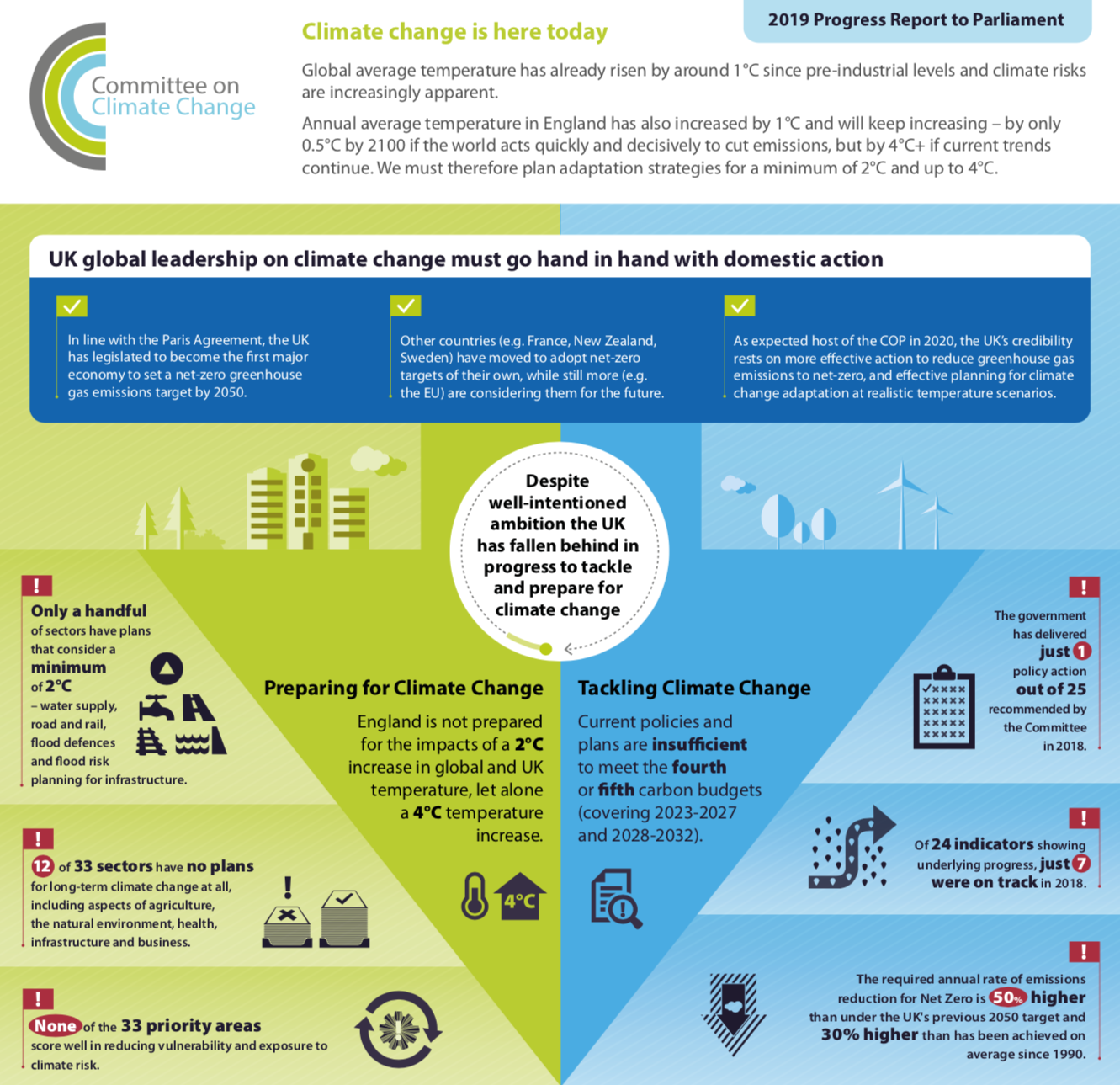 Read the BBC’s article assessing the UK government’s efforts on climate change by the committee: “There’s an increasing sense of frustration that the government knows what it has to do – but it’s just not doing it.” – Baroness Brown

The International Panel on Climate Change (IPCC) has calculated how much more CO2 can be emitted in total by humankind whilst retaining a reasonable chance of keeping temperatures within 1.5 degrees of pre-industrial levels. Assuming that emissions peak globally in 2020 (which they’re not on track to), that would give the world until 2040 to achieve zero carbon. The UK government’s “zero-carbon by 2050” target is NOT enough to keep the temperature rise to 1.5 degrees. A 2050 target is consistent with a temperature rise of 2 degrees (the dotted line below), which is considered to be far more dangerous. We are currently at around 1 degree of temperature rise globally which is already bringing serious problems. 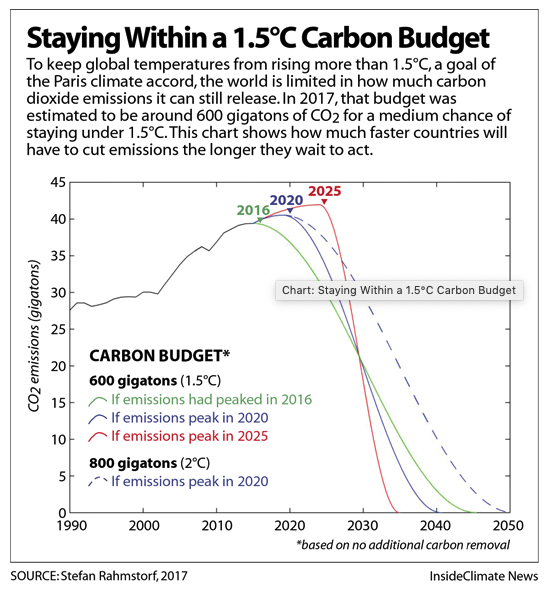 It is clear that developed nations must aim for zero carbon significantly before 2040.

A Caution about Misleading Claims of Success in Emissions Reduction

It is often claimed that UK emissions have been cut by 42%. This is a misleading statistic. Whilst the UK has taken some action to tackle emissions, a significant portion of this reduction is simply due to manufacturing being moved overseas. The 42% is the reduction in emissions occurring within the UK. But CO2 is emitted in the manufacture of products that UK companies contract out to China etc, or products we buy from Germany etc. These “imported emissions” are clearly still caused by our buying of the product. But this imported CO2 isn’t included in the government figures. The following chart produced by Carbon Brief compares domestic CO2 emissions (dark blue) with emissions adjusted to include CO2 involved in manufacture of our imports (in light blue). So the light blue line is a more honest representation of our true emissions, although even that doesn’t include international air travel

Greta Thunberg has written about this issue. Have a look at the BBC’s fact check page on imported CO2 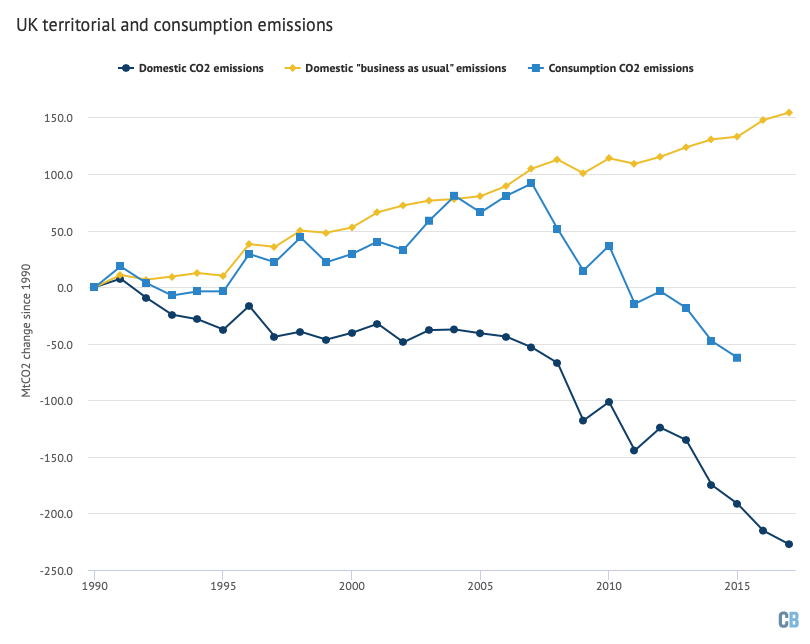 Comparing the situation at 2015, whilst UK domestic emissions had dropped by 32%, the real picture, including CO2 embodied in goods manufactured for us overseas shows a reduction of just 10%.